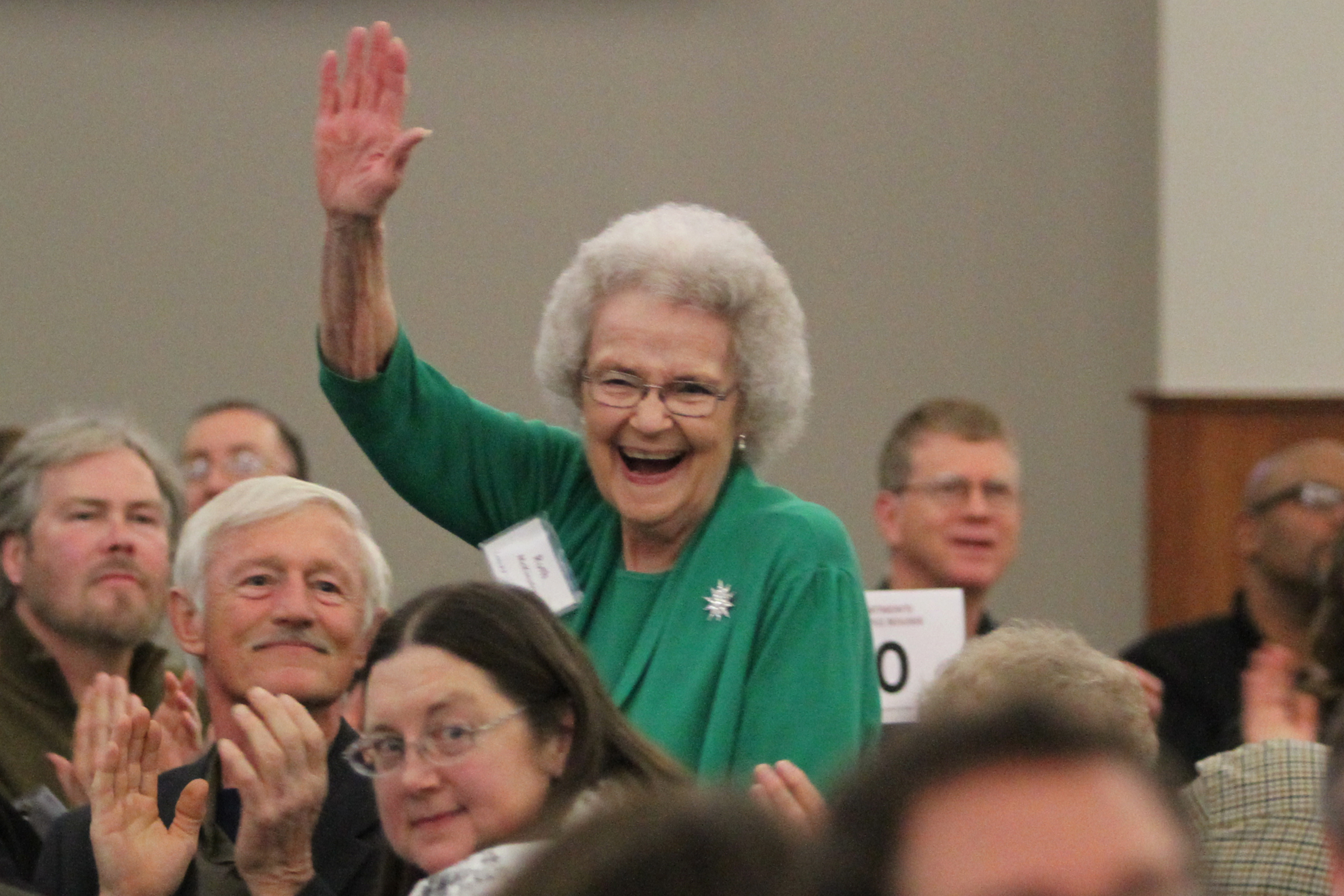 Ruth McKinstry, co-founder of Matt Talbot Kitchen & Outreach, died on December 2 at the age of 92. Ruth co-founded Matt Talbot with her friend Mary Costello in 1992 and continued as a volunteer until a few months before her death. Thanks in large part to Ruth’s dedication and volunteerism, Matt Talbot has served more than 2.5 million meals to Lincoln’s working poor and homeless and touched the lives of tens of thousands of men, women and children who struggle with poverty in Nebraska. Ruth was the recipient of many awards recognizing her volunteer work and community service including receiving Matt Talbot’s “Compassion in Action” Award in 2008, Leadership Lincoln’s Bud Cuca Servant Leader of the Year Award in 2016, and the ServeNebraska Lifetime Achievement Award in 2017.

After retiring from a teaching career, Ruth moved to Lincoln and worked as a house mother for a sorority and fraternity on the UNL campus and as an office assistant at CEDARS. In Matt Talbot’s formative years as an all-volunteer effort, Ruth was still working full-time while she volunteered: recruiting and training volunteer teams to provide daily meals, doing community presentations, building partnerships with other organizations, tracking donations and number of meals provided, serving on the board of directors, and even producing the newsletter. Ruth came to Matt Talbot each weeknight after work and during mealtimes on Saturdays and Sundays to assist each serving team.

When she retired from CEDARS in 2017, she continued to serve at Matt Talbot by helping with fundraising, data entry, and reception in addition to helping hunger relief volunteers and visiting with the guests. It is impossible to overstate how much Ruth’s tireless work, steadfast reliability, humble leadership, and contagious compassion have meant to our volunteers and those we have served for the past 28 years.

In an interview Ruth said, “I am most proud and consider it most significant that I have been able to provide nutrition for their bodies, help, and, most of all, hope to help our guests rebuild their lives.” She was a constant presence and provided stability to both the staff and guests who loved and respected her.

“In reflecting on Ruth and her impact on Matt Talbot, the phrase this is the house that Ruth built often comes to mind. Her tenaciousness and strength of faith paired with her compassion and commitment to the homeless and working poor helped recruit hundreds of volunteers to support our mission throughout the years,” said Susanne Blue, Executive Director. “Her sense of humor, straightforward approach, strength and sacrifice was a blessing to many.”