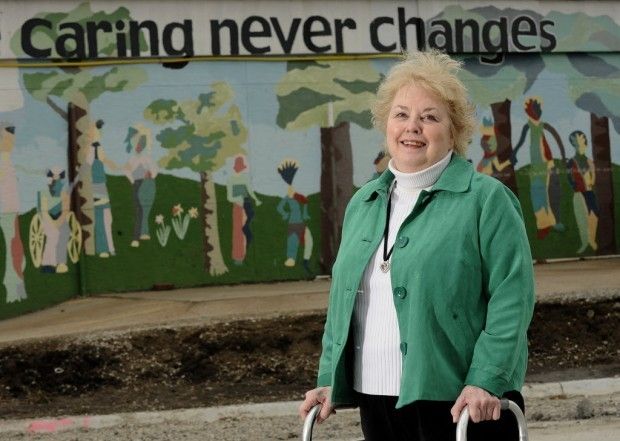 If you had the pleasure of meeting Mary Costello, you would know what a loving and encouraging woman she was.  Very accomplished, she believed in the strength and intelligence of women.  In 1992, a few years after a trip to Ireland and learning about the Irish Catholic alcoholic, Matt Talbot, she came up with an idea to help those in need, meals for chronic alcoholics, those who might be hungry and living on the street.  A place was found and with the help of family and the community,  Matt Talbot Kitchen was started.  They began by serving meals out of crockpots in the front room of Day Watch.  Now, more than 27 years later, Matt Talbot is still going and growing stronger with each day.  Mary was a huge supporter of Al-Anon, a twelve step group for those affected by alcoholism, as well as many other organizations.  Mary leaves behind her husband, Don, her children, many grandchildren and countless friends.  She will be greatly missed by us at Matt Talbot Kitchen & Outreach and will forever be in our hearts.