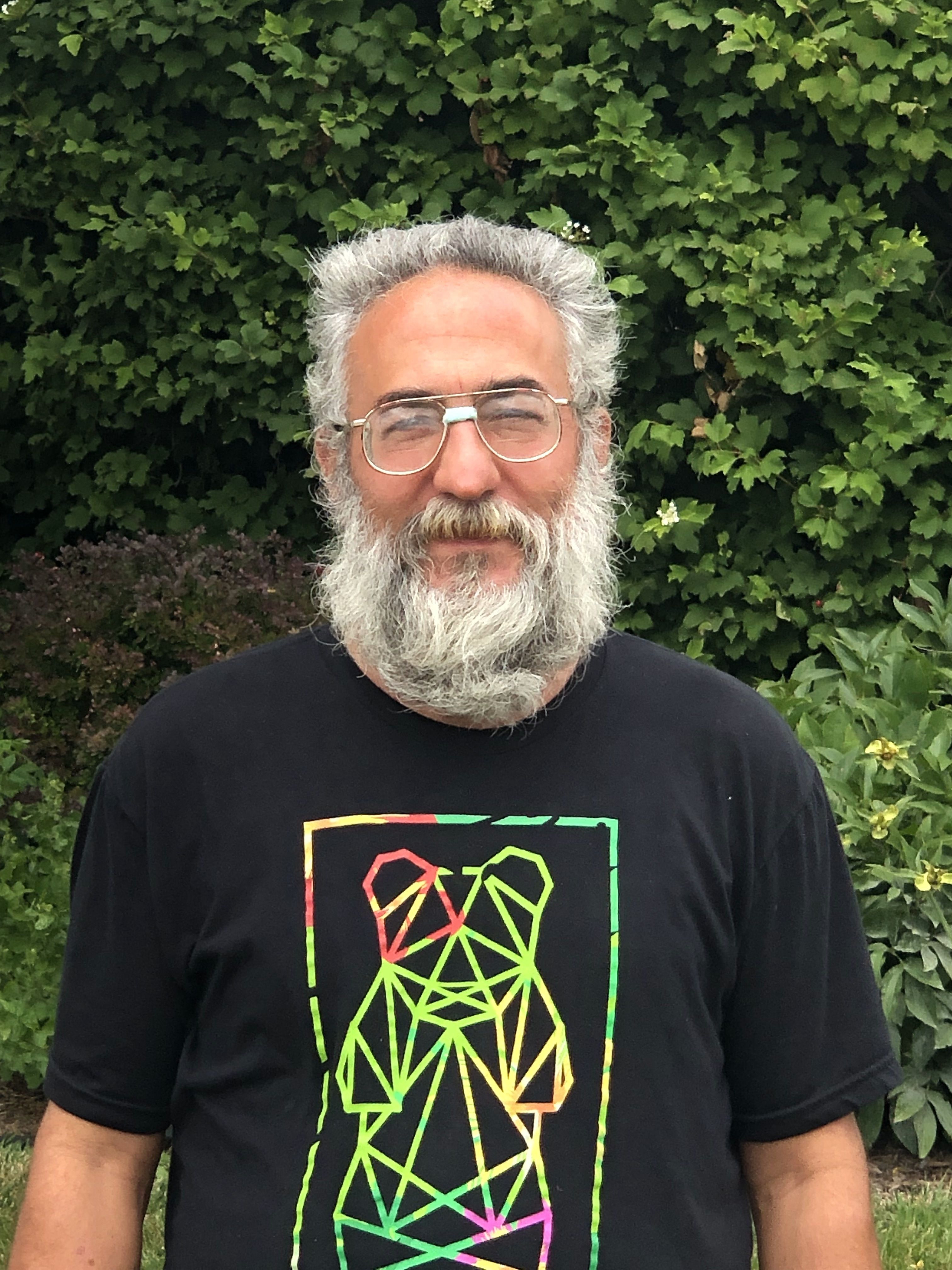 “I was doing algebra by the end of second grade,” recalls the soft-spoken 59-year-old, his gentle disposition seeming to belie the sharp intellect poised behind piercing brown eyes.  “Being able to describe the physical world... physics... chemistry... all that was simple to me.”

“Multiple teachers couldn't understand how I was able to do well,” he states, especially during his high school career in North Platte, Neb., during the late 1970s, when he says his habit of doing the work in his head and not taking notes caused one teacher to assume he was cheating and another to not advance him.

So Richard advanced himself, earning his GED in 1980 – two years before he'd have graduated – and entering community college.

At the time, the gifted student planned to eventually attend the University of Colorado to pursue architectural engineering, a vocation inspired by a vacation years earlier, when he traveled to Mexico to visit family.

“[My uncles] were architects,” he explains.  “When I was in grade school, I went down there to visit.  I saw what they did.  In my mind, that was what I wanted to do.”

The aspiring engineer also developed an interest in the personal computing technology emerging in the early '80s, and began a routine of weekly visits to the Apple Store and monthly reading of PC Magazine, especially to follow the evolution of graphics cards for their potential in computer-aided drawing applications.

With his first child born in 1984 and his second on the way mere months later, he realized he needed to focus more on Rosie and their growing household, and so gave up his architectural engineering dream and switched to an automotive technology program he could finish sooner at community college to get a job more quickly to support his family.

In 1986, he and his family moved to Lincoln, where he worked in a machine shop before taking a facilities manager position with the local University of Nebraska.

By the mid-'90s, Richard and Rosie had saved enough money to put a down payment on a house, which they wasted no time paying off.

According to Richard, increasing tension in the couple's relationship led to their separation around 2002, when Richard moved back to North Platte.

When Richard returned in 2008, he began to suspect there was more to their troubles.

“She told me what she was actually experiencing and I realized 'oh my goodness, this is serious,'” he says.  “We didn't need family counseling, we needed medical [help].”

Richard says Rosie was suffering an undiagnosed mental illness that was clouding her judgment and, in his absence, had caused her to take out “terrible loans” against the house and do “everything you could possibly do wrong with credit” to enable spending sprees – though he partly blames the predatory lending practices of the banking industry in the years leading up to the Great Recession.

“[Lenders] would lie to somebody like her,” Richard explains.  “She didn't understand what 'adjustable rate' was.  She just believed [the lender] that the payment was this much [and] didn't know that later on it would balloon to some totally... insanity.”

But then they found Matt Talbot's.

“They helped a lot with things,” Richard says of the kitchen and outreach center he and Rosie first visited in 2009.  “When we were basically homeless for a little bit, we would come here to eat and, once a month, get gas vouchers.”

Richard and Rosie moved into a rental property for the next several years until Rosie had a stroke in 2015 and passed away, which hit Richard particularly hard.

“All I could feel was sadness,” he recalls.  “All the things I was mad at her about didn't matter no more.”

Richard briefly turned to drinking, but later found treatment that helped him better cope with the loss and steer clear of alcohol.

Today, he is generous with his time and talent, quick to help repair a vehicle or act as translator for those who need this assistance at doctor visits or other important functions.

“It's important to try to help people that want to be helped,” Richard says.  “When people come up to me, […] I can't help but listen.”

He returned to Matt Talbot's earlier this summer to get out of the heat (plus, he “knew they had coffee”) and was reminded that the facility is more than just a place to escape the weather and have a hot meal, when he was surprised to learn, through a visiting representative, that he qualified for Medicaid and food stamps.

“You could call [Matt Talbot's] a good venue for resources that are available to you,” Richard says.  “It's a venue for what you may need, and what you do need.”

Throughout his struggles, Richard has found his grandchildren to be a reliable source of joy – though the lessons from his challenges are never far away.

“It just showed how insignificant intelligence is, [that] it means nothing when it comes to human nature,” he observes.  “You can understand the world, but that don't mean you understand people.”

And he still has his faith.

Richard continues, “No matter how smart you are, without really trusting in God's Word... the most humblest, meekest, least educated people I've found really grasp [It], because they rely on [the] Holy Spirit, they pray, and they really can understand God's Word, and so if you rely on Jehovah God, and you trust God's Word, the Holy Scriptures, then you're going to be OK.”