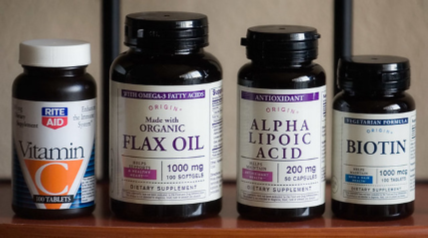 Lately I have been asked questions about dietary nutrition supplements and whether they are necessary. The whole area of dietary supplements is complex. Many, many dietary supplements are on the market which include a myriad of ingredients. In this article I will only discuss the supplements that contain micronutrients, substances that we need in very small amounts in our diets, that is--vitamins and minerals.

The National Institutes of Health recommends that most of our micronutrients be obtained from our diet. Most healthy people are able to do that. That being said, a large number of people do not eat well, meaning that we consume energy-dense foods (those high in fat and calories) that are not nutrient-dense (not adequate in other nutrients, including vitamins and minerals). So many of us are not taking in the vitamins and minerals our bodies require. Walter Willett, M.D., Dr. P.H., a foremost nutrition researcher of the Harvard T.H. Chan School of Public Health and at the Harvard Medical School, says that taking a multivitamin/mineral supplement is a good insurance policy, even if you think you are eating a balanced diet. There can be gaps in intake of nutrients other than vitamin D, which people are often deficient in. There are also other life situations that may require the intake of a dietary supplement including women who are or might become pregnant, young children, those that eat a restricted or limited diet, are older than 50, have had gastric bypass surgery, and who have certain genetic or health conditions. Some of these conditions include inflammatory bowel diseases, celiac disease, cystic fibrosis, liver disease, cancer, autoimmune disorders like pernicious anemia, alcohol dependence, and dark skin.  It is not a bad idea to have a blood test to determine your body’s levels of vitamins and minerals.

Particular nutrients of concern that may be inadequately consumed in the general population include calcium, vitamin D, potassium, and fiber, according to the 2020-2025 Dietary Guidelines for Americans. Additional dietary components may be under consumed during specific life stages. For example, in people over 50 vitamins B12 and B6 and water can also become concerns.

There are some things to think about when you are considering whether to take a vitamin or mineral supplement.  First of all, the Food and Drug Administration (FDA) does not regulate supplements the way it does prescription or over-the-counter medications. So just because a supplement is on the shelf does not mean that it contains what is says it does, that it doesn’t contain other ingredients (like prescription drugs) that shouldn’t be there, or that it is safe. Look for the USP, ConsumerLab.com, and NSF International seals of approval, which mean the product has had quality testing done on it. And, even though these seals indicate that the product was properly manufactured, contains the ingredients listed on the label and does not contain harmful levels of contaminants, they do not indicate that the product is safe or effective. Secondly, a supplement can interfere with the action of other medications or other supplements. Thirdly, “natural” does not necessarily mean safe. Some natural supplements can cause damage to the liver, for example. Lastly, because something is good for you does not mean that more is better. Especially if you are taking in some of the nutrient in your diet, by adding the amount in a supplement you may exceed the tolerable upper limit (UL), thus increasing the chance of experiencing side effects from that nutrient. Dr. Willett says, “I make an analogy with a car. You’ve got to have all these different parts, and they all need to be working for it to run. If any one of them falls out or isn’t working, the whole thing may not work. But just adding another of the same part doesn’t necessarily make it better. Adding a fifth wheel won’t fix the problem and might make it worse.”